BUILDING PRODUCTS FOR A BETTER FUTURE

The History and Evolution of Roofing Underlayment 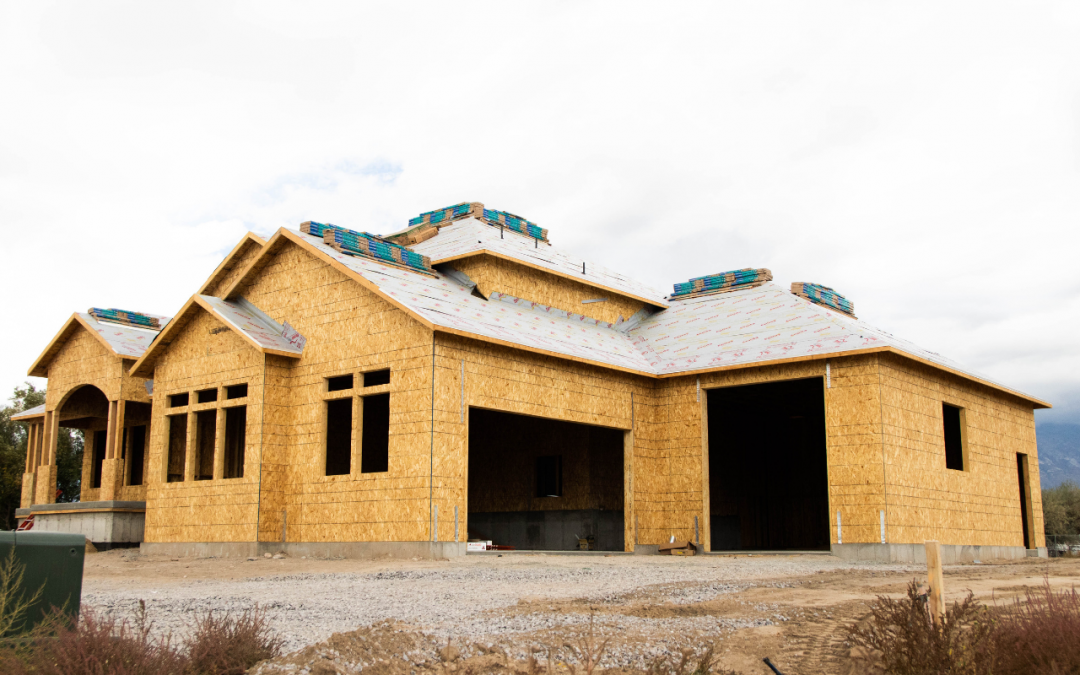 Roofing technology has existed for as long as humans began building shelters (thousands of years)! In that time, things have changed so much that we’ve gone from basic materials like turf, hides, bark, or clay, to entire roofing systems featuring multiple layers of advanced protection. This includes synthetic underlayments beneath shingles or whatever you choose as your top layer roofing material on steep slope roofing. How did we get from then to now? Let’s take a brief look at the history and evolution of roofing underlayment!

The Shift from Water Shedding to Multi-Layer Roofing

Roofing technology has been around for so long that some of the earliest examples we know of are clay tiles from China that date back to 10,000 BC. Compared to that, roofing underlayment is a very new development.

For most of human history, roofing was designed to be water-shedding, which meant that it relied on the slope and other factors to remove rain and snow quickly. Water-shedding roofs only had one layer of material, be it slate, thatch, clay tile, or wood shingles. Today’s standards show a multiple layer system: the primary covering, an underlayment, an inner layer or substrate usually made of lumber or metal, and insulation.

The development of built up roofing (BUR) on low slope and multi-layer roofing systems began in the mid-1800s—which coincides with several other historical events. This was also when the California Gold Rush got underway, and 1847 was the year that saw the development of coal tar.

With the development of coal tar came the development of paper saturated with tar. Gold miners rushing west to make their fortune relied on the ability to build shanties and even entire towns practically overnight, and this recently developed tar paper proved to be a quick and easy way to get a roof onto these structures.

From there, technology continued to evolve. Asphalt shingles were invented in Grand Rapids, Michigan in 1903. But they quickly realized the sap from the wood substrate was causing early damage/deterioration of the shingles. By adding a layer of tar saturated material between these layers they solved this conundrum.

Tar paper was an incredible invention that not only allowed miners to quickly put a roof on their buildings but also played a role in forever changing roofing standards in the 1900s. However, the problem with paper was that it was prone to tearing and rotting when wet.

Over the years, manufacturers tried lots of different things to get around these problems. The earliest advancements included using heavier papers. Eventually, in the 1920s, asbestos came into the picture as an excellent water-proofing agent—but then research revealed how incredibly dangerous asbestos is, and its use was discontinued.

The 1960s saw fiberglass roofing felt introduced to markets, but builders also rapidly abandoned this since it proved too brittle in many applications. This decade is also when roofing felt actually became roofing felt. Manufacturers started replacing paper scrim with either polyester reinforcements or organic scrim made from fibers from rags to make true asphalt-saturated roofing felt.

It was right around the turn of the century when manufacturers started developing and marketing synthetic underlayments. These new underlayments feature multi-layer designs that are an answer to problems that have always been an issue with traditional roofing felt. Synthetic products from Epilay and other manufacturers offer substantial tear resistance and superior walkability for the installers. Most of these products can be exposed to the elements for anywhere between three months to a year depending on the underlayment—which is a sharp contrast from asphalt felt underlayment, which must be covered immediately to avoid wrinkling, drying out, and other issues common with prolonged exposure.

As you can see, synthetic roofing underlayment is the answer to the challenges posed by traditional roofing felt—and it represents a long-overdue advancement in roofing technology. These days, more and more builders and roofing contractors rely on synthetics to build a better roof.

Epilay makes the choice between roofing underlayment products easy. If you’d like to learn more about how to choose the right Epilay underlayment for your roofing project or to find a distributor near you, please contact us.