BUILDING PRODUCTS FOR A BETTER FUTURE

Does Peel and Stick Synthetic Underlayment Cause Reroofing Problems in the Future? 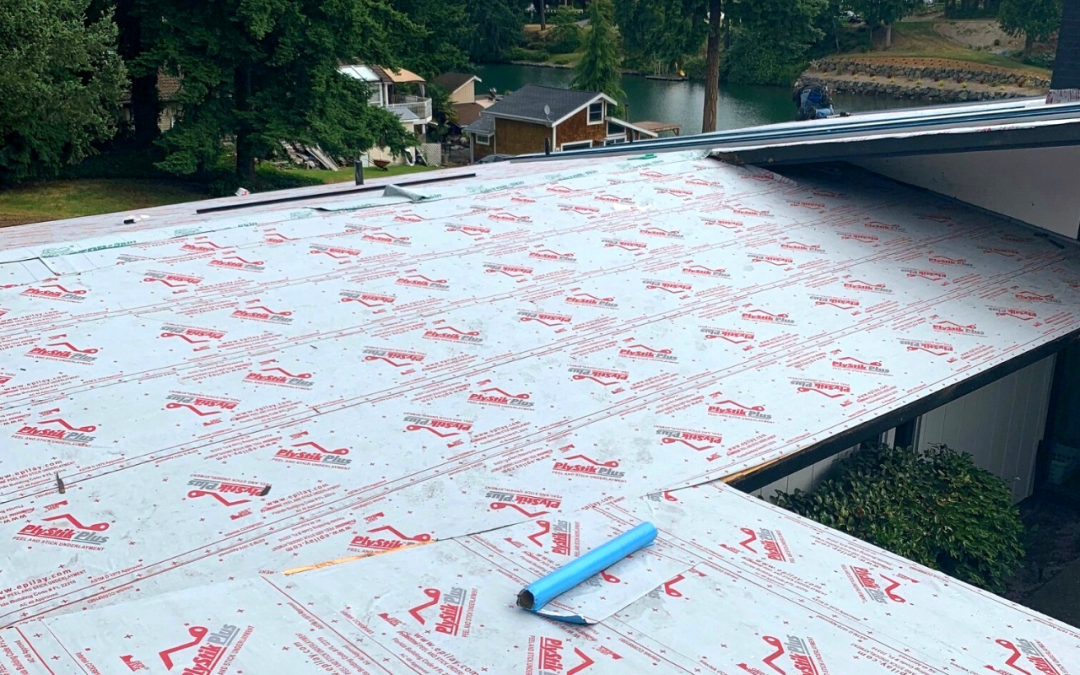 Both products have a ton of advantages—and there’s one question we hear a lot about them. That’s whether or not these underlayments will cause problems in the future—usually, the next time the roof needs to be replaced.

For the most part, peel-and-stick underlayment shouldn’t cause you any issues, but let’s expand on this topic further so that you know what to expect!

Removing Peel and Stick Can Be Challenging

But, Do You Need to Remove Peel and Stick Underlayment?

Contractors and homeowners worry that installing peel and stick underlayment now will make for tough removal later—and maybe even result in the need to replace the roof deck since it’s difficult to remove the peel and stick without damaging the deck.

In fact, there are really only two instances in which you’d need to remove the peel and stick underlayment. The first is when there are two or more layers of underlayment on the roof—then you should remove all of it and replace it. Other than that, peel-and-stick really only needs to be removed if it has been severely damaged or if the deck beneath it needs to be replaced anyway.

Often, you don’t even have to worry about removing all of it. So long as it’s the only layer of underlayment present on the roof, it’s safe to peel off as much as you can without doing damage—then place new underlayment over top of what remains. In fact, one of the largest advantages of peel and stick underlayment is that it typically lays more flat on the roof deck than non-adhesive underlayments. This means that when it comes to installing a new layer, you won’t have ripples or wrinkles to deal with, but instead, a nice, smooth surface, which lets you install a new underlayment on top of it with ease.

The thing about both PlyStik Plus and PlyStik SA-250 is that both of these products are designed to go the distance—and that makes the need for removal and replacement even less likely. Both offer limited lifetime warranties, and both are thick, durable products made to be installed in difficult environmental conditions and underneath heavy roofing materials like tiles, slate, or metal roofing.

That’s not to say that PlyStik will never need to be replaced—but once it has been installed, barring extreme events that do serious damage to the roof, homeowners will get decades of use out of it. Even when it does come time to install a new roof, PlyStik lays smooth and flat enough to install new underlayment—and that will mean many years more before you’ll need to think about replacement. Chances are, the roof deck will need a replacement before the underlayment will!

And there you have it. Yes, peel and stick removal can be a difficult process—but in most cases, you won’t have to remove it. So that means it shouldn’t give you difficulties during future roofing projects!